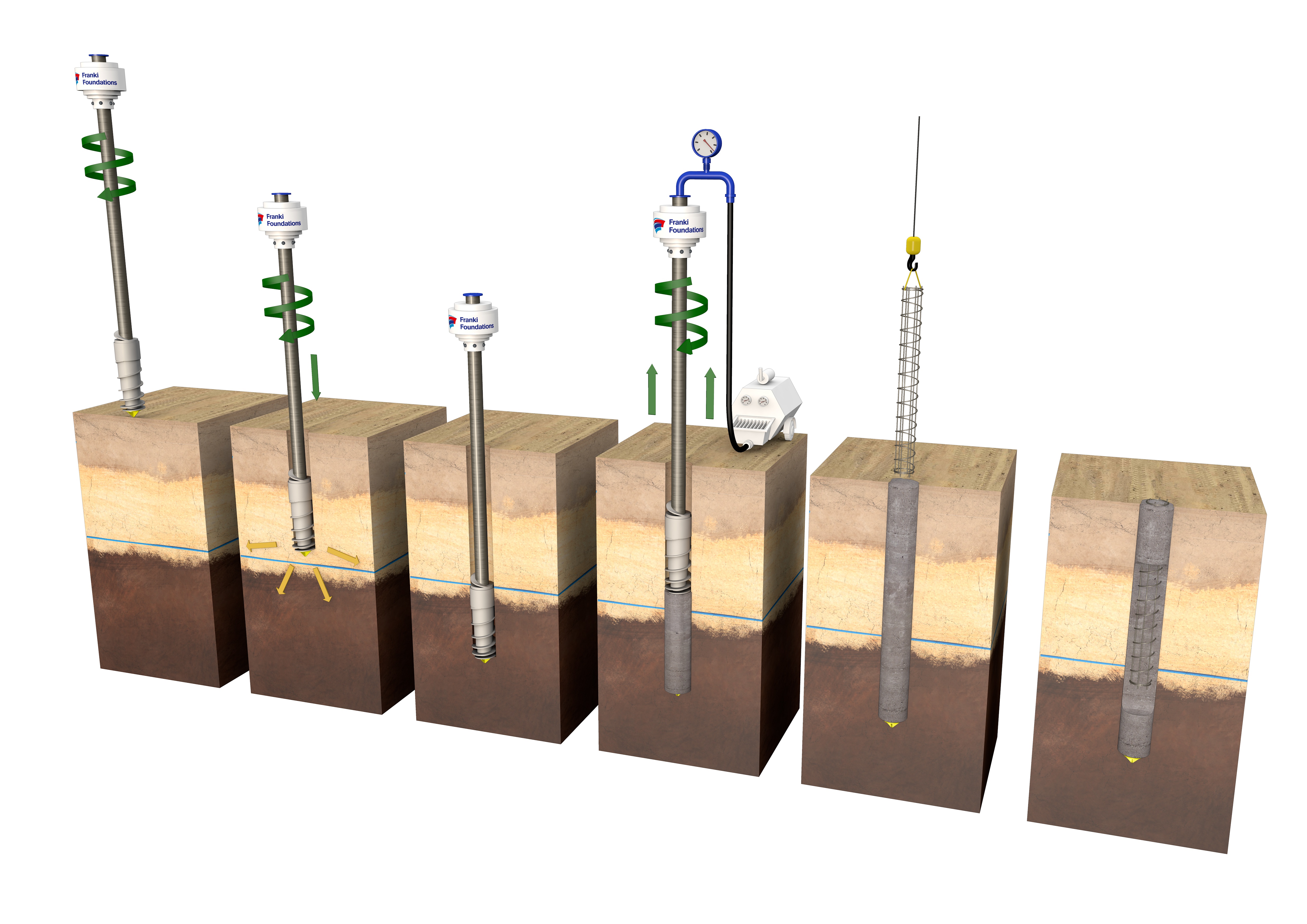 1. At the spot of the set out axis of the pile, the piling rig is accurately brought in the correct starting position. The lost closing nut tip is placed under the Omega screw head, thus preventing any penetration of water and/or soil during screwing-in.

2. During the screwing-in sequence, the soil is laterally displaced by means of the especially designed Omega auger screwed-in by a powerful rotary head. An additional thrust force (pull-down) is possibly applied.

3. Once the specified installation depth is reached, full-length reinforcement may eventually be placed into the hollow stem of the central tube prior to concreting (not shown on the drawing).

4. During screwing-out, as the auger is withdrawn, concrete under pressure is injected through the central tube into the borehole. The Omega screw remains rotating in the same sense as during screwing-in while the counter-screw produces a second soil displacement during the concreting phase.

5. Reinforcement of the pile after concreting.

Possibility of quality control of the pile construction process via the continuous registration of the execution parameters resulting in a proper pile installation.

• Suitable for virtually all soil profiles, including medium dense to very dense sand due to increased penetration

• Maximum length of the pile, dependant of the equipment used, is of the order of 35 m

• Omega piles are installed to accommodate compression and tension loads.

• Allowable bearing capacity up to 2.675 kN in compression

• Inclined piles with a maximum inclination up to 1/3

• Possibility to execute the Omega pile with simultaneous injection of grout during screwing-in. 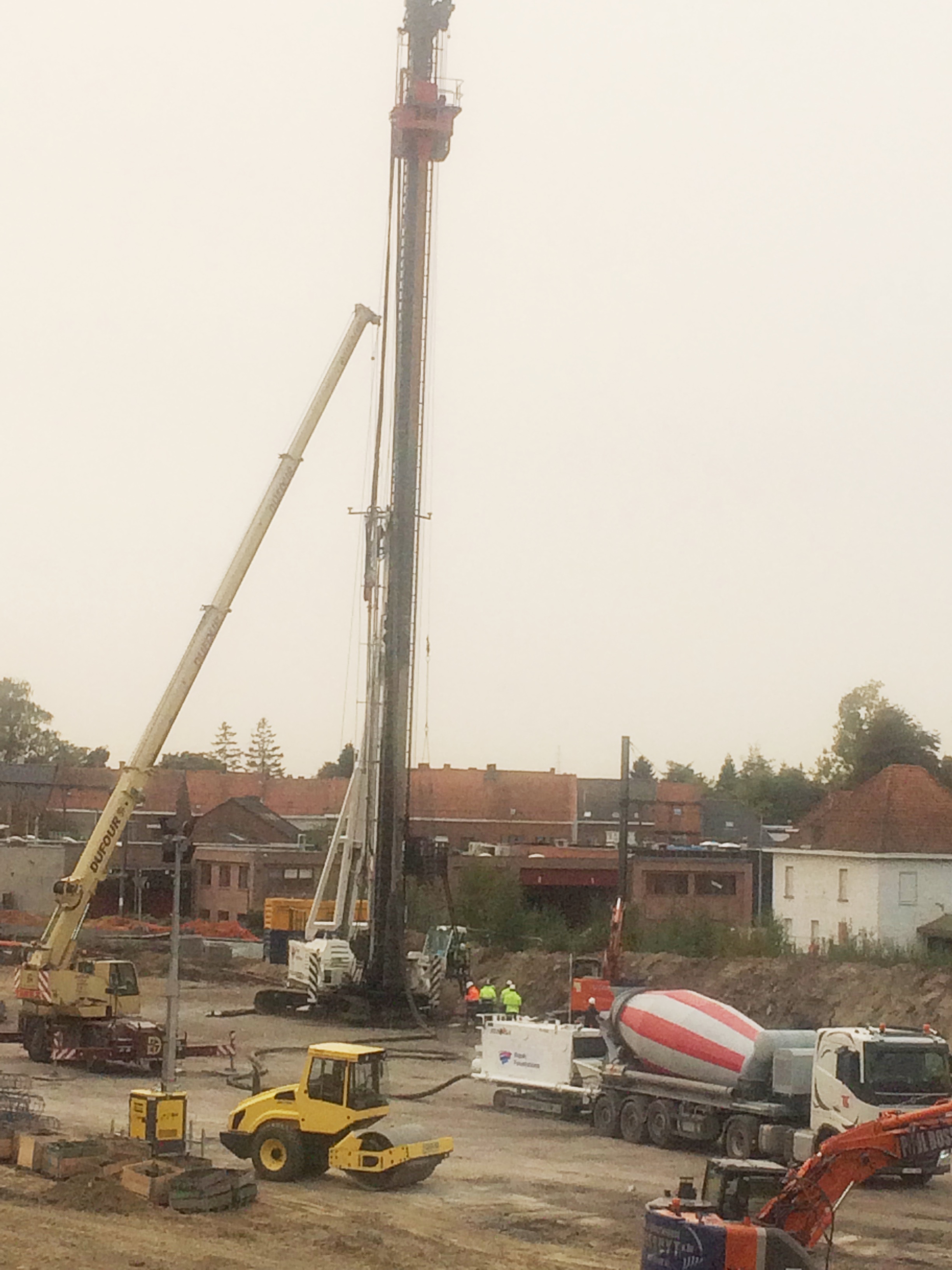 Related projects for this technique