Vibration compaction (vibro-compaction, vibratory compaction or compaction by resonance) is done by the insertion of an optimized steel profile, a so-called vibratory probe.   The effect of resonance in the soil layers increases the effect of densification by vibration, inducing a transient state of localized liquefaction of the soil around the probe, allowing for a decrease in soil volume (rearrangement of the soil particles into a denser configuration by decrease in void ratio) and improving the mechanical characteristics of the soil. 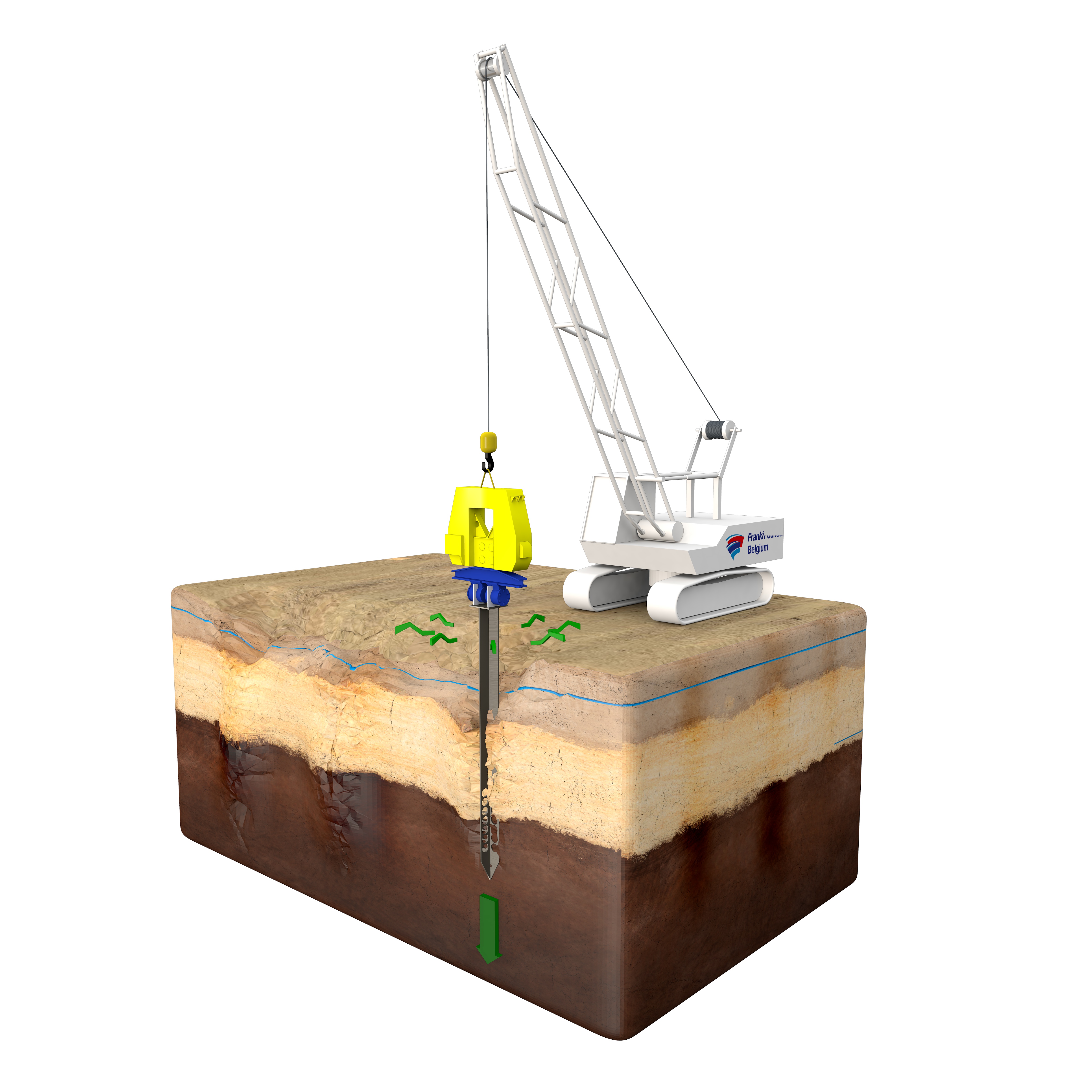 • Extraction of the vibrating probe at the end of the operation

• Treatment and use of non-cohesive granular soils (sands)

• In water-saturated sandy layers the silt and clay fractions should be relatively small according to the empirical Mitchell curves.

• In unsaturated, non-cohesive soils, the distances between the grid points of the design mesh should be smaller than in the saturated soils.

• No removal of soil

• Compaction of the surface layer

• Raising of the surface level (elevation).

• Deep compaction with a vibratory probe