Dynamic compaction - also called heavy tamping or dynamic consolidation - is a densification technique through surface action, done by the controlled and intensive tamping of the soil with a heavy mass that hits the ground surface.

• The principle of dynamic compaction or high energy tamping consists of dropping a weight of several tons in repeated free fall from an important height (10 meters or more) in order to create a substantial impact on the soil surface and densify efficiently the subsoil.

• The high energy of the impact is propagated from the surface of the soil to the underlying layers by means of longitudinal compression waves and transverse shear waves, which force the soil particles into a denser state.

• Dynamic compaction generally progresses in multiple passes, according to a predetermined compaction grid pattern. The spacing of the drop locations is determined by the subsurface conditions, the foundation loading and the geometry. An example is illustrated on the figure: the compaction points of phase 2 (yellow) alternate in-between with the previously drop locations of phase 1 (blue).

• The control of the effectiveness of compaction during the production phase is associated with an intensive in-situ soil investigation program. Indeed, in between the different tamping sequences, quality control tests are carried out.

• The control of the effectiveness of compaction is done via an intensive in-situ soil investigation program:  see graphics 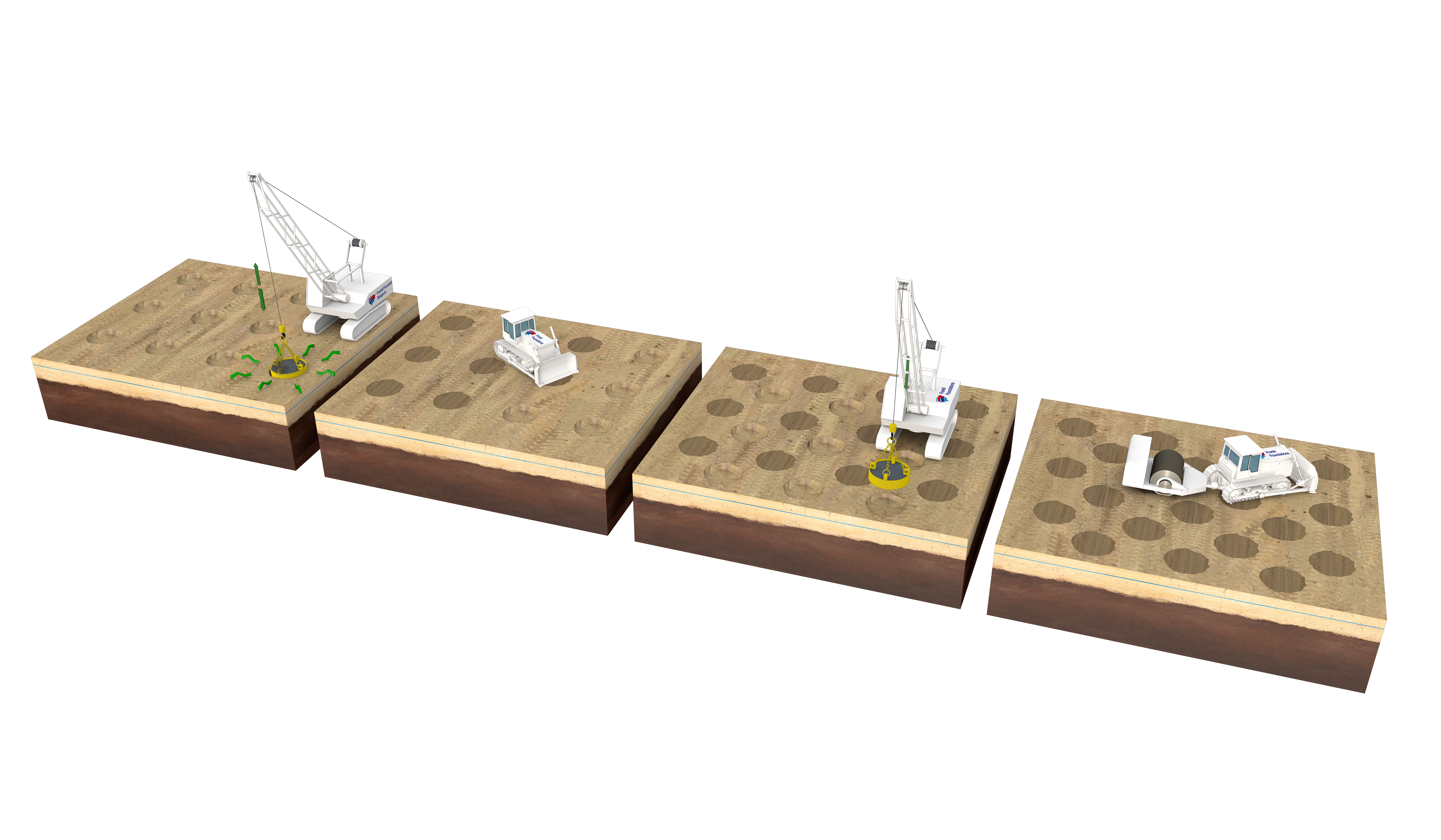 • Well-adapted to the densification of non-cohesive deposits

• Compaction of large surfaces to be used for building, densification of embankments and backfills

• Industrial buildings and projects of infrastructure

• Compaction of the surface layer

• Raising of the surface level (elevation).

• Results in the compaction of loosely packed unsaturated non-cohesive soils.

• With or without the addition of extra material (gravel)